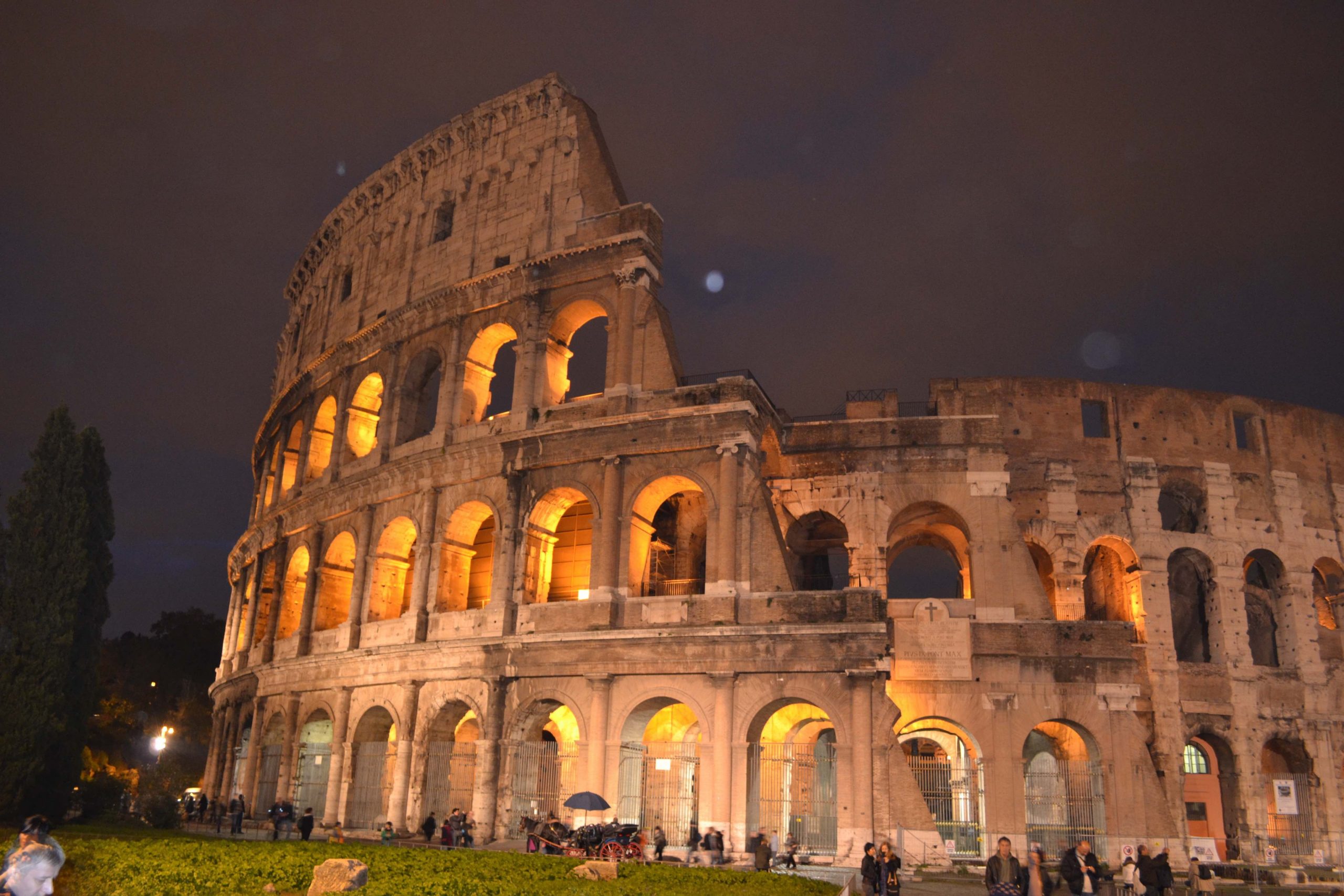 It’s said that Rome wasn’t built in a day. Perhaps this is because the Romans took their time to build architectural masterpieces that are simply built to last.

Ancient Rome architecture was and is still a marvel. Visiting Rome, you can’t fail to notice a couple of structures that have stood the test of time, weathering the elements and defying all odds to stubbornly remain standing. Over 2000 years later, researchers are still struggling to explain the durability of Roman architecture.

The architectural marvel that is the Colosseum, a bowl-shaped stone and mortar structure, is said to have hosted blood-thirsty roaring crowds of over 50,000 spectators in one event. People would flock to the arena to witness events such as luxurious processions and chariot races, and the deadly bloody contests pitching gladiators against each other.

Also referred to as the Flavian Amphitheatre, The Colosseum was constructed in 80 AD. Its launch was marked by 100 days of sports and gore, including the murder of 9,000 animals. The round building, which is four floors tall and 188m across its widest point, is still the world’s biggest amphitheater.

Another Ancient Rome architectural masterpiece, The Pantheon, was built roughly 40 years after The Colosseum. It features a mind-bending dome that covers 43m of air and concludes in a pupil-like circular window at its peak known as the oculus. The oculus fills the Pantheon with natural light, giving an outdoorsy feel to the structure.

The name Pantheon, a combination of the Greek words “all” and “gods,” implies that it was used for religious purposes. However, historians believe the monument was primarily built to honour Roman emperors. After withstanding the test of time and the vagaries of nature, the renowned half-sphere structure is still the largest unreinforced concrete dome in the world.

Why they Have Survived Destructive Moments of HistoryThe Romans definitely knew one or two things about large-scale construction. It has been roughly 2,000 years since the above structures were built. They have survived earthquakes, floods, extreme weather and bombardments during wars. They have actually outlived the empire that created them, rendering them tangible representations of the Roman culture’s pervasive influence on the world.

A look at the two structures will leave you wondering how Ancient Rome was able to create these massive, long-lasting buildings that have defied the elements to remain standing.

Engineers and material scientists are still exploring these Roman structures. They believe the key to their longevity is a combination of elegant design and an inventive recipe for concrete, a remarkably durable and versatile material that has become popular around the world. While the Romans aren’t the inventors of concrete, they definitely understood how to use it to construct architectural masterpieces that have defied all odds and continued to baffle researchers 2000 years later.

Using concrete, Roman builders could create practically any architectural design they fancied. The only thing that limited them was their capacity to build the wooden forms required to mold the rocky slurry. However, the domes, vaults, and arches that are hallmarks of Roman architecture were not mere fantasies.

The concrete used to hold them together was one-of-a-kind. It was meticulously manufactured. According to researchers, the components in Roman concrete seem to give the end-product remarkable resilience against deterioration.

Most modern concrete is composed of portland cement – a mixture of chalk, clay, limestone, silica sand and other minerals baked at roughly 2,000 degrees Celsius and ground into fine powder. It also features aggregate, which comprises rock or sand particles. Mixing the cement with the rocky aggregate, which ranges in size from small bits of stone to gravel and sand, strengthens the final concrete and saves cement. Lastly, adding water into the concrete mix causes a chemical reaction that binds all these components together.

For best results, aggregate in modern concrete should be as unreactive as possible. The goal is to avoid any undesirable chemistry after the initial reaction is complete because further reactions frequently fracture or weaken the concrete.

Roman concrete is simply made up of a mixture of quicklime created by baking and crushing limestone rocks and different types of volcanic rock aggregates, which were plenty in the area surrounding Rome. Compared to current concrete aggregates, the volcanic materials employed by the Romans are extremely reactive, and the resulting concrete stays chemically active for generations.

Roman concrete’s ongoing reactivity means it only gets stronger with time. The long-term chemical reactions keep reinforcing the small cracks that develop between the binding cement and the aggregate, preventing further propagation. The regenerative capabilities of reactive volcanic minerals explain why Roman concrete structures are still standing today.

Roman concrete’s chemical diversity means that it may not have worked in all scenarios, but its use in the Pantheon and the Colosseum is testimony to its success. While concrete isn’t necessarily the point of focus at the Colosseum, it plays a key role in the survival of the arena.

Ancient Rome concrete structures are a source of inspiration for the construction industry. The resilience they offer is just amazing. Luckily, modern technology and advances in precast concrete will assure the durability of buildings, especially if the concrete is manufactured by reputable companies such as the TKL Group.